Located in the heart of historic downtown Raleigh’s Hillsborough Street. CB occupies the base floor of a sophisticated historic landmark building at 1410 Hillsborough, providing gorgeous custom gowns and modifying existing gowns and bridal garb. Cordella Bridal Raleigh is luxurious with classic charm allowing brides to have an intimate and custom experience in a unique environment.Clients working with Cordella Bridal will find a fun and detail-oriented experience that focuses on personal aesthetic, fit and fine artisan craft. Clients will discover a couture experience with a focus on complete customization, and access to designer Marie Cordella. 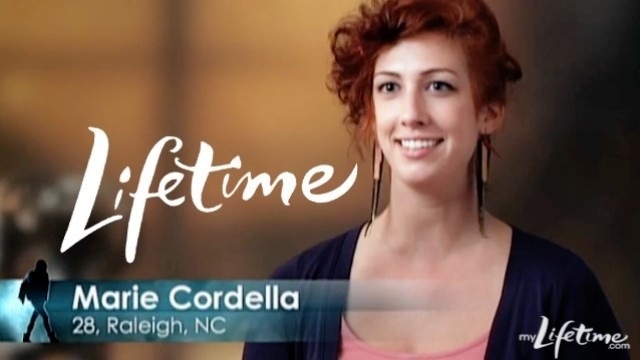 Thesis: The History of Fashion – A Retrospective of the History of the Collar from the year 1200 to the Present

We make one-off luxury gowns for every and all occasions. With many fashion accolades under her belt – Owner Marie Cordella can create the look / aesthetic you want. Golden Globes, Oscar Attendees, Bridal, Mother of the bride…

Lifetime Television Network: Episode 10, The 2024 Woman. One of four national designers selected to compete in a twenty-four hour televised fashion competition series. Each episode features four new designers who compete for that one show (similar to concept of Iron Chef.) Featured on finale episode of premiering season.

One of two North Carolina designers to be featured in a documentary aired on Time Warner Cable’s show ‘Around Carolina.’

Interviewed on my fashion reality here in the southeast,

CFW has launched several recognized and televised fashion designers. One of them is Marie Cordella.

Marie has been documented in numerous documentaries, videos, lectures and other publications (including Annual Reports) as an “influential force” at NCSU’s College of Design. She speaks, juries, judges and critiques frequently at the University.

Two part residency featuring noted designers who are influential in the Southeast. Lectured on my personal history as a designer and the general history of fashion and trending. Discussed creative inspiration and trust in intuition. Planned and led a day-long workshop with the Master’s Fiber Arts students. Covered the basics of sewing and utilization of basic means to create high-end products.

Awarded six-month residency at Artspace, in Downtown Raleigh. Spent six months creating a collection of sculptural and high-style gowns in the free, publicly visible studio I was provided with. Created in an open-door studio daily, talked at a selections of colleges, universities and elementary level schools. Hosted and led workshops on sewing, textiles and aesthetics.

College of Design, Digital Imaging and Creative Strategies, ID 215. Taught basic understanding of tools and program usage in Photoshop, Illustrator, Macromedia Flash and Dreamweaver. Expanded learning of digital illustration with use of tablet and Syntique. Familiarized students with aesthetics and design engineering in product architecture.

This error message is only visible to WordPress admins